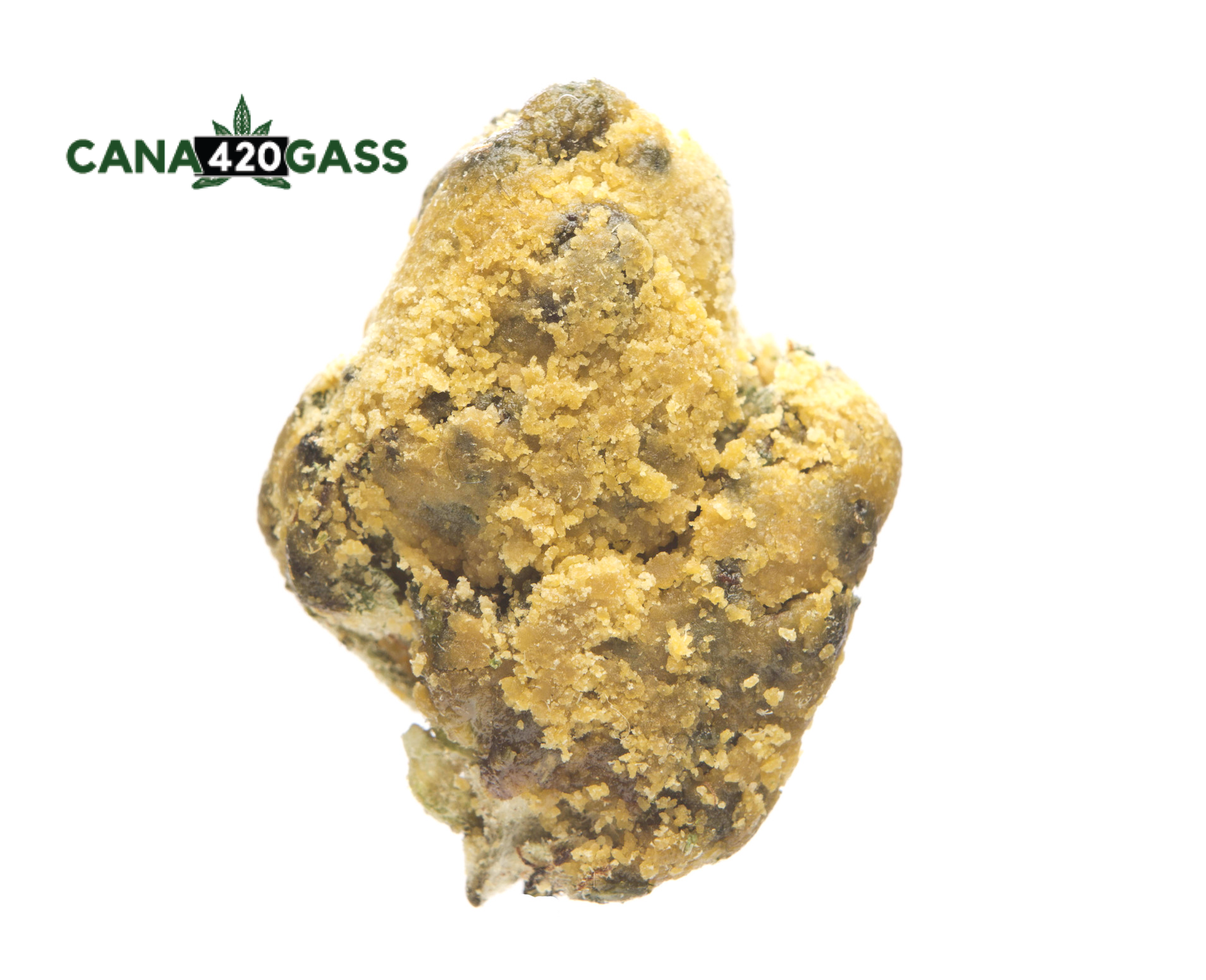 What You Need to Know About Moon Rocks

Cana420gass have this on Moon Rocks. Gone are the days when people used to buy and smoke marijuana while lurking in dark alleyways. Now, we have enough studies to prove the medical uses of Marijuana due to its THC ingredient. Thus, its usage and legalization are increasing over the world.

The one Marijuana strain that has gained worldwide traction in recent years is Moon Rocks. Known as the “champagne” of the marijuana world, moon rocks are the best strain of marijuana. You can now buy it easily. You must have already heard the word “moon rock,” given its rising popularity and widespread use for both medical and recreational purposes.

This product is a whole native Earth thing on a lighter mode, so don’t get confused by its name. Regardless of whether you’re new to the marijuana thing or already an avid user, this guide will provide you enough information you need to learn about Moon Rocks.

Without wasting more words, let’s cut to the chase.

Moon rocks are probably the strongest cannabis product available to consumers. Having THC content up to 50%, moon rocks essentially contain three major ingredients: weed, oil, and kief. The strong, thick final product is achieved by spraying buds of cannabis (weed) with hash oil, and then the product is rolled in kief to give a strong texture.

Depending on THC percentage, some moon rocks make you so comfortable and relaxed that you won’t be able to touch your eyebrows for some time. That’s why their demand is through the roof and has become a highly sought-after product for tourists in the US, England, and elsewhere in Europe.

But it would help if you were careful while consuming moon rocks – considering the high concentration of Kief and THC in them. To give an idea, a THC concentration of around 50% was unimaginable just a decade ago – but today, it has become more of a trend.

Let us discuss some key questions of the consumers about smoking Moon Rocks.

2.   What are the effects of Moon Rocks?

If someone like Snoop Dogg, who can smoke 80 blunts a day, thinks Moon Rocks are too strong, then there must be something godly about this product. People who smoke moon rocks consider them bigger, stronger, and fragrant smoke clouds that give a pleasant and relaxing taste of kief. Because of the high concentration of THC, moon rock effects are more pronounced and last much longer than dabs and run-of-the-mill cannabis products.

While all moon rocks are potent and what you may describe as “too strong” for average smokers, the THC percentage determines how high you would get. The higher the levels of THC, the stronger the effects are. The reason is that THC is the main psychoactive ingredient in cannabis that induces feelings of high or relaxation among consumers.

Below are the most common effects of smoking moon rocks

– irrespective of the THC concentration.

3.   How long does it take for effects to kick in?

The moon rocks’ effects start to kick in as early as 30-45 minutes after the product is consumed. These effects may linger for several hours, even up to the next day – especially if you’re new to it or using a high concentration of THC.

What are the risks, if any, associated with strains?

Like any other strain of marijuana, moon rocks can pose both physical and mental risks – even for seasoned marijuana users. The effects of risks vary significantly with the % of THC in the product.

The biggest pitfall of high THC moon rock is that it significantly increases your addiction risk when you regularly use high doses. Its abuse can cause harmful reactions in your body – which can long-term effects on your body.

You’re considered addicted to a high THC marijuana if you consume it three or more times a week, extending over several years. That kind of regular use is a major contributor to lower scores on tests of memory, attention, planning, and decision-making.

The easiest to avoid any of these side effects is by keeping your moon rocks intake in moderation. Don’t try to be a hero or to impress your friends by smoking “more than you can handle.” Be a responsible consumer, not someone who compromises his health or becomes a stereotypical stoner.

4.   What Does the High from Moon Rocks Feel Like?

Moon Rocks are meant for avid marijuana users. It demands consumers to have more than average tolerance to THC. The effects start from the head and then spread throughout the body to your toes. You may get serious coughing and feel dry mouth soon after inhaling the smoke, but after a while, you will realize that you have raced a mountaintop that you can never think of trekking otherwise.

During the first 30 minutes or so, you may feel that the high starts to wear off, but the party is yet to start. After initial slow and light burns, a potent cerebral buzz will provide you a period of total contentment and relaxation. An hour after consuming the drug, you’ll experience the peak of euphoric mood and going to need a comfortable surface to get down on. The feelings of being “high” will prompt you to crave mouthwatering foods and lay down on the first couch you see.

In short, be ready for an hours-long euphoric and tranquilizing experience after consuming the pills. That’s why we advise you to smoke Moon Rocks when you’re at a safe place or about to go to sleep.

Pleasure comes at a price. Needless to say, but I would mention it any way that smoking Moon Rocks come with various health risks – especially when you consume high dosage over longer periods.

You may experience the below risks if Moon Rocks are smoked carelessly.

Given that moon rocks are the strongest buds of marijuana, you need to be extra careful while consuming them. Below are some of the safety tips that you should consider if you’re new to moon rocks.

6.   How to Consume Moon Rocks

Now, I will guide you on how to consume moon rocks safely. You’ll need the below items:

You need to grind or crumble Moon Rocks using your fingers or in your grinder. However, during the grinding process, the product may lose some kief concentration as it sticks to your finger or on the grinder’s teeth.

To avoid this, you should slice the rocks off into small pieces using scissors or a sharp knife—the strength.  So, grinding rocks should be avoided as it butchers the primary buds.

As mentioned earlier, Moon Rocks contain kief and hashish oil, which make the buds gooey and too sticky. That’s why moon rocks cannot be rolled into a joint to make a joint or make a decent roll.

Using some glassware like a pipe or bong is the best and most commonly used way to consume them. Ensure the buds are placed loosely in the bowl, so there’s plenty of airflows to avoid clogging the bowl. A smaller size bowl is more effective as you need to smoke a moderate amount of moon rocks – if you’re alone. A small bowl would not only reduce wastage but minimize carbonizations as well.

Remember, you should never consume moon rocks with a hand-held concentrate vaporizer or a dry herb, as excessive oils can spill over into the primary components and damage them.

The greasy structure on moon rocks makes them difficult to light. That’s why you need to slice them off and throw them onto some ground flower placed in a bowl or blunt. It will keep rocks lighted for quite some time to let you enjoy the full effects of marijuana buds. Using flowers also minimizes the wastage, and you’ll have more products for the next time as well.

Another simple method to smoke moon rocks is by creating a sort of “Landmine.”  Make two ground layers of bud and place pieces of moon rocks in between and light it up.

Moon rocks are not an ordinary bud of marijuana as they induce the strongest after-effects shorty. Also, its effects are long-lasting, and you’re going to be high for several hours. So, these buds should be consumed when you’ve got nothing else to do and want to relax or relieve the pain and anxiety – the best time is evening and at night. Play light music, put a movie on your screen, and let this wonder of God take over all your pain and troubles.

Remember, Moon Rocks are not recommending for your regular wake and bake.

Within a few minutes of consuming moon rocks, their effects will start to take hold. Even the regular cannabis-users are often overwhelmed by the “high” effect induced by these buds. You would need plenty of water to be able to keep your throat dry. It’s recommended to drink a couple of water glasses before taking your first shot, as you wouldn’t want to be both thirsty and cottonmouth.

Ensure the availability of water near you to satiate your thirst, and the same can be said for your appetite. Keep some snacks or dry fruit near you to kill your taste buds if need be, as you wouldn’t want to run to the kitchen or refrigerator multiple times after smoking rocks.

To sum it up, you now have the information to smoke moon rocks on your own. Buy a pack from a credible store, grab your pipe, a sharp knife or scissors, and a glass of water, and be ready to enjoy your life to the fullest.